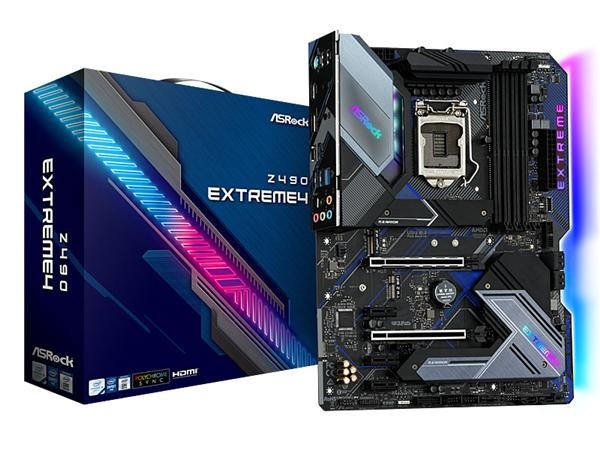 In the Intel 400 series, the CPU socket is changed to LGA1200, and the upper Z490 is designed with PCI Express 4.0 in mind, and is equipped with an external base clock generator. The PCI Express x16 slot also added an anchor point, adopted a stronger latch, and adopted “Steel Slot [Gen4 Version]” that ensured signal stability.

Also, by adopting a 2oz copper foil layer and a DrMOS in ASRock Z490 Extreme4 motherboards, the power conversion efficiency can be increased up to 95% while lowering the temperature. In the high-end model, when adopting a water-cooled cooler as the CPU cooler, we considered that the VRM near the CPU socket is not cooled by wind, and provided a fan on the VRM to ensure stability.

The lineup and features are as follows.