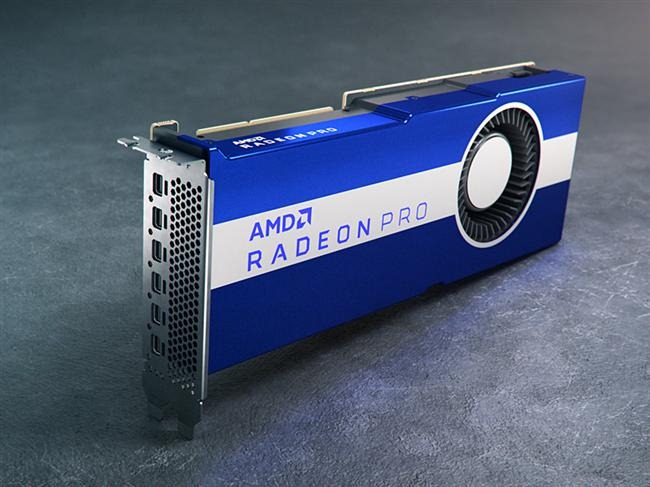 We now are in possession of AMD Radeon Pro VII graphics card and here is its review. Launched in mid-June at recommended retail price of $1,899, it is a model with enhanced functions for professionals. Display output becomes Mini DisplayPort × 6, allowing more displays to be connected, and equipped with a dedicated bus “ Infinity Fabric Link ” that can interconnect video cards at a speed of 168 GB / s, with multi-GPU configuration Improve the performance of. The video memory is also ECC compliant.

First, as a feature for design simulation, high-speed double-precision floating-point arithmetic is mentioned. The Radeon Pro VII has a performance of about 6.5 TFLOPS with one piece, which is located between the competing “ Quadro GP 100 ” 5.16 TFLOPS and “ Quadro GV 100 ” 7.4 TFLOPS, but the GV 100 is $8,999 Since the GP100 costs $7,769, it has achieved a price of about a quarter.

In addition, the Infinity Fabric Link bridge is also inexpensive at $199, and even if two cards are installed, the cost will be less than half that of the GV100, while at the same time achieving 13.1 TFLOPS of performance. In addition, it said that it is superior to the competition in terms of PCI Express 4.0 support and 1TB / s memory bandwidth. 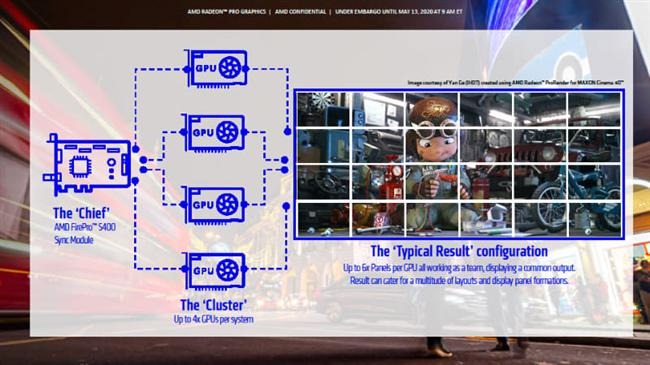 For broadcasting / media, it is said to be compatible with 8K, the single precision floating point performance is higher than the AMD Quadro RTX 4000 and 5000, and the memory bandwidth is more than twice as wide. 8K has 16 times more pixels than full HD, so processing of large amounts of data is required, but Radeon Pro VII says that it can respond to this. According to the company’s measurements, while achieving performance equivalent to or higher than the Quadro RTX 5000, power consumption and temperature during operation are kept low.

Also, if you use the FirePro S400 Sync Module that synchronizes multiple screens, you can synchronize the display of 24 screens. It can also be used as a stage back screen.

For HPC, an open ROCm software platform is available that can be used for test workloads / development of servers using AMD Instinct GPUs. It also features a built-in security processor.

At the same time as the product launch, Radeon Pro Software for Enterprise 20.Q2 was also released. It will provide enterprise-grade stability, performance, security, and image quality, with a 14% annual performance improvement.