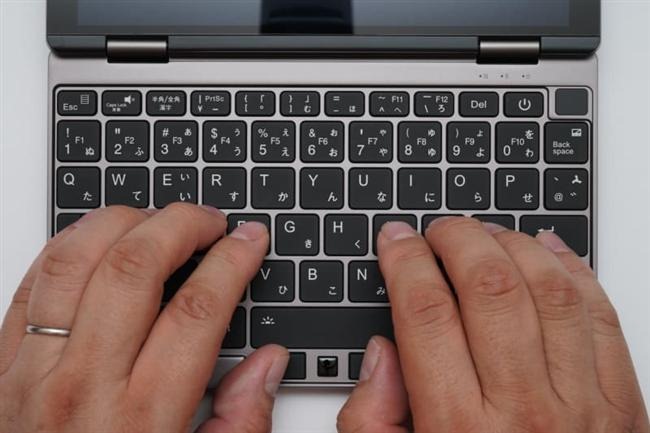 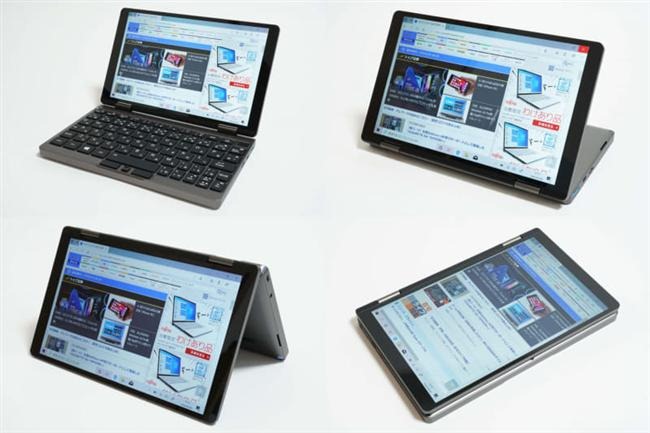 The communication function supported by One Mix 3 Pro Platinum Edition is IEEE 802.11ac (up to 443Mbps) and Bluetooth 4.1. WWAN compatible model is not available.

The battery capacity is 8,600mAh. Battery life and battery charging time are not disclosed.

The color of One Mix 3 Pro Platinum Edition is one color of gray black, but One Mix 3 Pro Koi Limited Edition with carp in crimson case color is also available. It is 143,000 yen excluding tax and 4,000 yen higher than the platinum edition, but a 2,048-step pen pressure detection pen of the same color as the main body is included as standard. The price of the 2,048-step pen pressure detection pen excluding tax is 2,800 yen, so the actual price difference between the two is only 1,200 yen.

The case of this product is made of CNC machined aluminum magnesium alloy. The texture is very high. The processing accuracy is high, and the seams of the parts fit perfectly. If you realize a luxury that satisfies your desire to own, you will be able to hit the drum.

The interface provides USB 3.0 Type-C (USB Power Delivery 2.0 compatible), USB 3.0 Type-A, Micro HDMI, 3.5mm headset jack, microSD card slot (up to 256GB). It is a standard specification for UMPC. Micro HDMI is a little uncomfortable to use, but if you prepare an adapter that converts from Micro HDMI to HDMI, you will not have any problems. 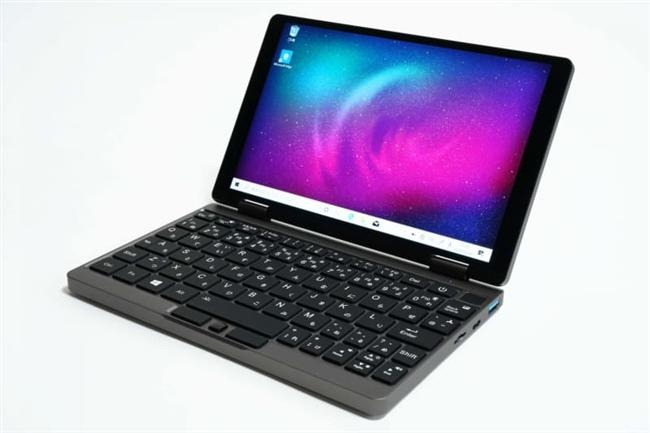 Personally happy equipment is a display protection film. Even if it is covered with Gorilla Glass 4, if there is hard dust on the cleaning cloth, it may be scratched when wiped. There are many opportunities to touch the screen with this product that supports touch operation and stylus. It is a nice consideration for those who are not good at sticking a display protection film.

The product is perfect in terms of hardware perfection, such as the rigidity of the housing and the smooth movement of the hinges, but it has only one dissatisfaction with the usability of 2in1. The key is to react unless it is completely transformed into a tablet state.

The general 360-degree display rotating type 2in1 has many products whose keys are invalid when opened 180 degrees or more. This product, which has a small housing, tends to touch keys when rotating the display. It’s not a fatal flaw, but I would like you to improve it in the newly designed model released in the future. 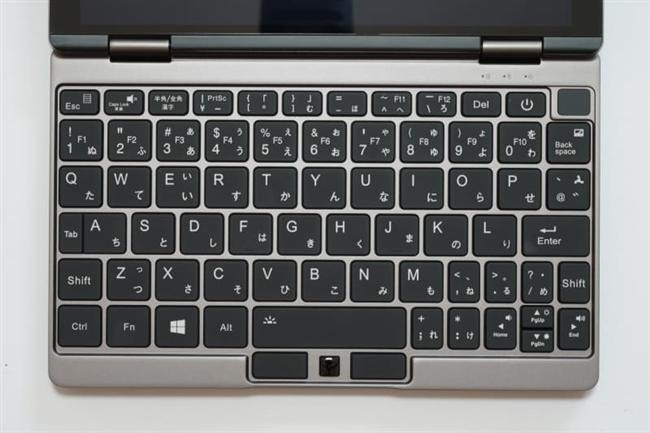 This product is equipped with 8.4-inch IPS liquid crystal (2,560 x 1,600 pixels, 358ppi, gloss, touch, stylus, Gorilla Glass 4). Luminance and color gamut are not disclosed. Then, when I checked it with the display calibration device i1Display Pro and the chromaticity diagram creation software ColorAC, the brightness was 242 cd / square meter, the sRGB cover ratio was 92.6%, and the Adobe RGB cover ratio was 68.9%. The display quality is just below average for mobile laptops.

On the other hand, I did not expect much about the sound side because the housing is small, but unexpectedly the volume is large and the sound quality is not bad. It’s a big difference from the sound that is typical of thin laptop PCs. However, at the maximum volume, the sound is a little cracked. Actually, up to about 80% is a practical volume, but if you put it in front of you and listen to it, you can enjoy music with a sufficient volume.

Now let’s check the performance of the OneMix 3 Pro Platinum Edition with the last processor upgrade. The following benchmark is being implemented this time.

It’s a bit anomalous as a comparison target model, but I compared it with the Windows 10 environment of 13-inch MacBook Air equipped with Core i5-1030NG7. Both categories are very different, but OneMix 3 Pro Platinum Edition is TDP 7W Core i7-10510Y, 13 inch MacBook Air is TDP 10W Core i5-1030NG7, both low power consumption type Equipped with a processor. Although there may be few people who are worried about which one to buy, comparing the benchmark scores was an interesting result, so please look at it as a spectator of mixed martial arts.

However, it seems that cooling is not catching up in order to squeeze out the same performance as the 13-inch laptop in the 8.4-inch UMPC housing. When CINEBENCH R20.060 was executed three times and measured with a thermography camera, the bottom surface temperature reached a maximum of 49.8 degrees. Magazines, bags, etc. should be inserted when performing high-load processing on the knees.

The UMPC market has revived with the 7-inch GPD Pocket, but the current battlefield has moved to the 8-inch. With the 7-inch, it is difficult to type at full speed due to the keyboard layout and size, and the letters are inevitably small, so it is easy for the eyes to get tired. I think that UMPC will be the standard 8-inch class in the future.

Although the price is high as a UMPC, it is understandable if you consider the specifications of CPU, memory, and storage. It is one that can be recommended without complaint to those who want the highest peak UMPC.