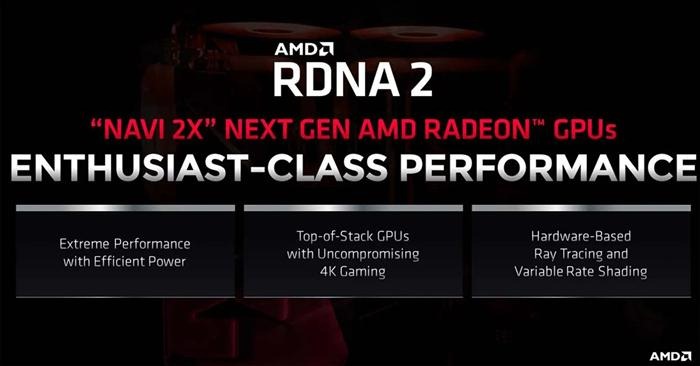 AMD RDNA 2 graphics cards will have fastest GDDR6 memory. There is still a long way to go for the new AMD and NVIDIA graphics cards to see the light. The events of these last months are going to delay both events and presentations and the economic conditions are not favorable to launch said GPUs.

Even so, the leaks do not stop and today another feature that Huang’s cards will have has come to light: the GDDR6 18 Gbps, the fastest mass- produced to date.

The war between AMD and NVIDIA is going to take a breather in the distance of a few months, but far from it they leave the swords on the ground, they are all over the top. The leaks come with drop counters and after the express presentation of the RDNA 2 architecture, at NVIDIA some alarms may have gone off.

The reality is that we do not know much about what AMD is going to have in terms of graphics cards for the gaming market. The leaks or rumors are often not concrete, others fail and others fulfill what was promised, but if everything goes as it should, AMD will present two different alternatives for the high-end market with Navi 2X.

These alternatives would come from the hand of two types of memory already known: GDDR6 and HBM2E, where the latter would be the most powerful workhorse of Lisa Su‘s, as has been happening since the introduction of this type of memory with interposer.

If this ends up being the case, NVIDIA faces several problems. Initially, it would be behind in bandwidth and bus, which added to AMD’s 50% increase in performance per watt, currently put the green team at a clear disadvantage.

Although we have already seen that the performance increase is going to be around 40%, this may not be enough in 4K and high hertz rates against the muscle of the new AMD card.

The latest rumors, if you have followed them closely, state that NVIDIA leaves TSMC almost entirely in favor of Samsung, since the Koreans would have a high-performance lithographic process very similar to that offered by TSMC but at a lower cost.

There is talk of a node called as 10 nm, but that really and in practical terms of density, pitch gate and fineness of transistors is truly an 8 LPP. The agreement between the two companies seems to go further, since today the news of the inclusion of the latest GDDR6 memories for the new Ampere graphics cards has jumped.

If the information is true, since these modules have been in development and production for some months according to Samsung itself, NVIDIA could have a total bandwidth under a 384-bit 864 GB / s bus in its flagship, a speed really very close to what AMD would get with their HBM2E, thus closing the GAP between them at this point.

The problem, logically, is that they will not be cheap to manufacture and this together with the fact that the die will be the largest one makes us think that we will see very high prices in the NVIDIA option, something that AMD does not seem to be able to get rid of for identical reasons.

Perhaps we are facing the first GPUs in history that can move the famous 4K @ 144 Hz with a single card, but to verify it, we will have to wait, at least, until the end of August.

Posted by Mohit Sharma on March 22, 2020 in Technology