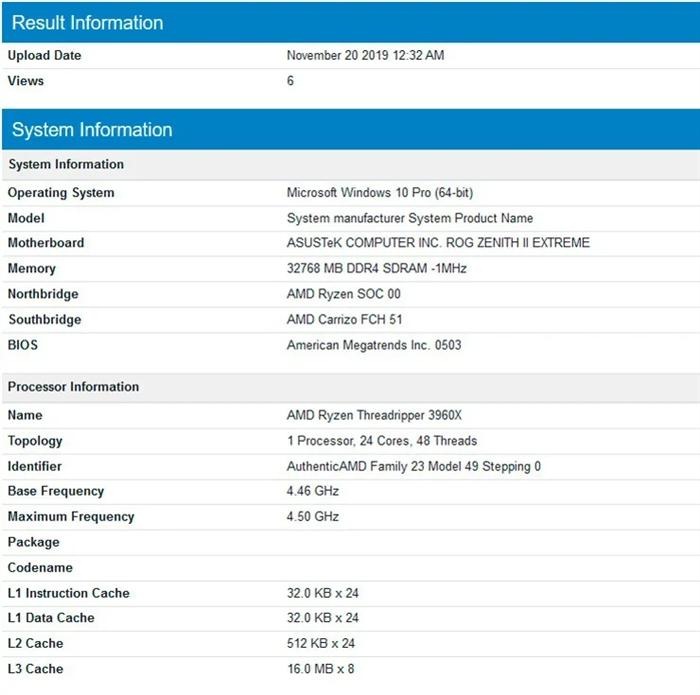 The first results of one of the new AMD Threadripper 3960X processors have appeared in the famous Geekbench benchmark program. As we know (since it was introduced recently), this new processor model will equip a total of 24 internal cores. And 48 process threads, for carrying the activated SMT. Knowing the results, it is time to compare them with those obtained by the processor you are going to replace: the AMD Threadripper 2970WX.

The arrival of AMD Ryzen 3000 processors already anticipated good feelings regarding their performance. Feelings that have been confirmed with the excellent reception they have had among all users who have chosen to buy any of these new models.

However, now is the time when the first AMD Threadripper 3000 processors will reach the market. With these new models, the 7 nm reaches the HEDT range. And, given that it is a range where AMD and Intel have many models, it is clear that it will be the toughest competition between the two manufacturers.

While they reach the market, the first results of an AMD Threadripper 3960X processor have appeared in the Geekbench program. This model, as we have said, will have 24 cores and 48 process threads. In fact, it will be the lowest processor of these new Threadripper 3000. Every time, the current Ryzen range already reaches all 16 cores. 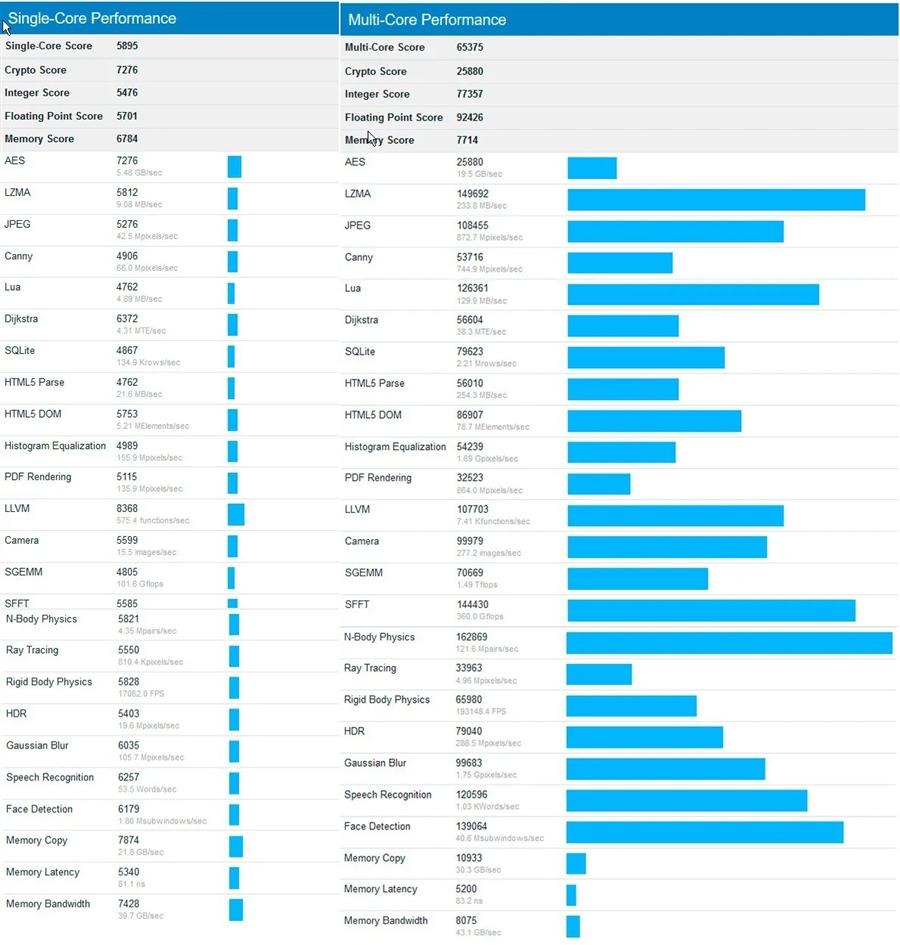 In this capture we can see, not only the internal architecture of the new processor. But you are using, as a motherboard for the test, an ASUS ROG ZENITH II EXTREME. As you will remember, the current motherboards with AMD X399 chipset will no longer be compatible with the new AMD Threadripper 3000.

It is at this point that you can see how well Zen architecture has been the use of new chiplets. And the I / O that centralizes the access operations of these to the rest of the computer systems. Because in this category there is an increase of 203% compared to the current Threadripper 2970WX. We are talking about a processor that has basically doubled its performance in multi-core operations, making the switch between architectures. If this new model reaches 65375 points, the model it will replace, reaches only 32179 points.

Let’s keep in mind that in the HEDT market, the performance in multi-core operations is more important than in mono-core. And that, currently, the AMD Threadripper 2970WX were processors that had put things very uphill to Intel. It seems that the new Threadripper 3000, more than an uphill, will put a vertical wall to the Intel HEDT range.

Posted by Mohit Sharma on November 21, 2019 in Technology News